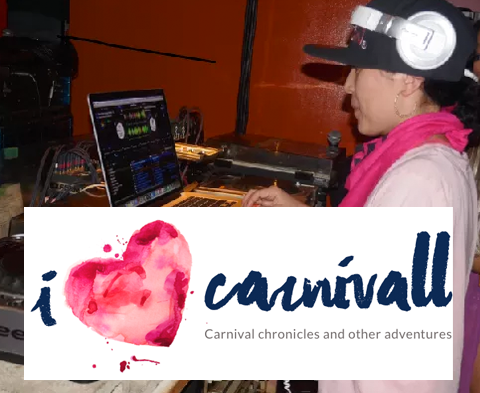 "Ilovecarnivall" is a UK website showcases Caribbean Carnivals from around the world. Thank you, AC CHRISTIE. 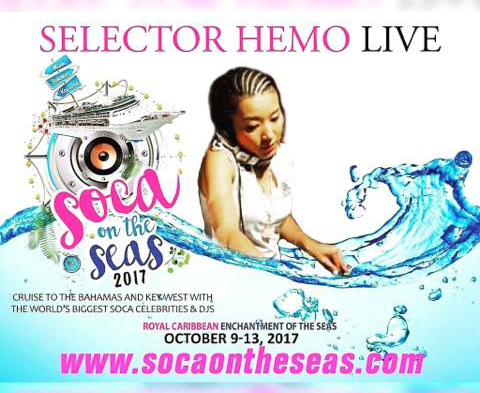 I will rock Soca On the Seas again this year as a DJ!

As a bridge between Japan and the Caribbean 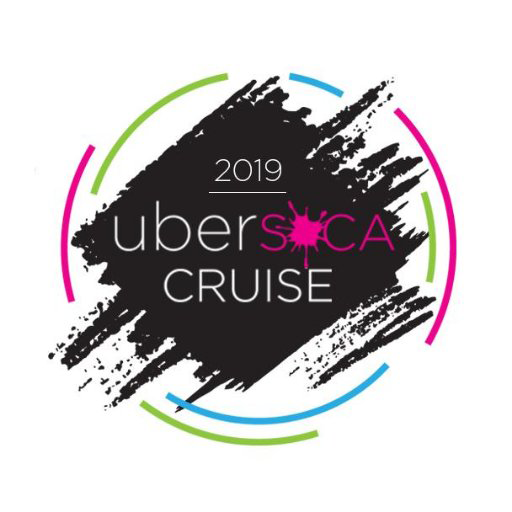 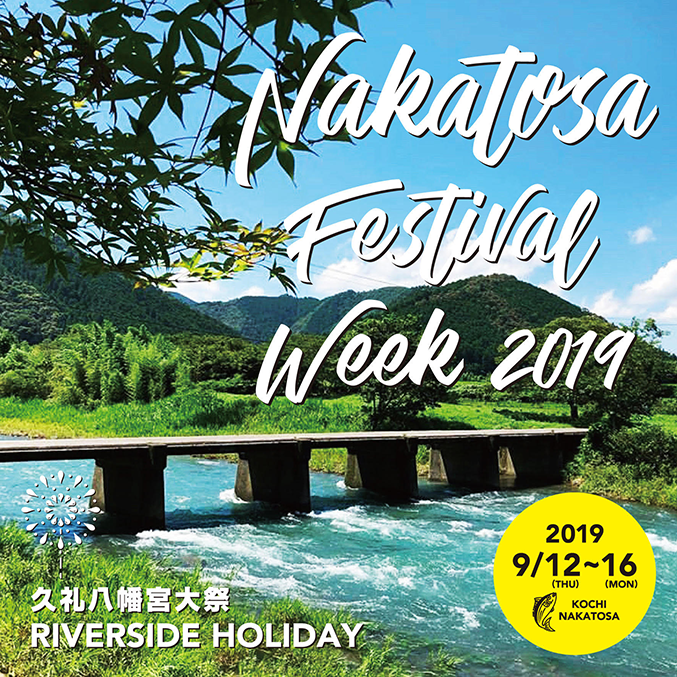 Nakatosa town of Kochi prefecture, Japan has been registered as a host town of Tokyo 2020 Olympics & Paralympics for Trinidad and Tobago!!
Nakatosa town is located at the source of Japan's last clear stream, the Shimanto River and also known as the single-hook fishing for bonito having a long history of over 400 years.
In september, they have a traditional festival called "Kure Hachiman Shrine Festival". It's one of the three major festival in Kochi and passed down for centuries to show their thanksgiving for the plentiful harvest.
Right after the "Kure Hachiman Shrine Festival", an outdoor event "RIVERSIDE HOLIDAY" will be held in Nakatosa town. Please come to visit Nakatosa town to refresh yourself by the beautiful river and enjoy the events end foods.

What is fire parade? Men holding up a giant torch parade through the town to offer the first new rice harvested of the year to the shrine. Parade starts from the midnight till before dawn.
https://youtu.be/1BAUockjeUw 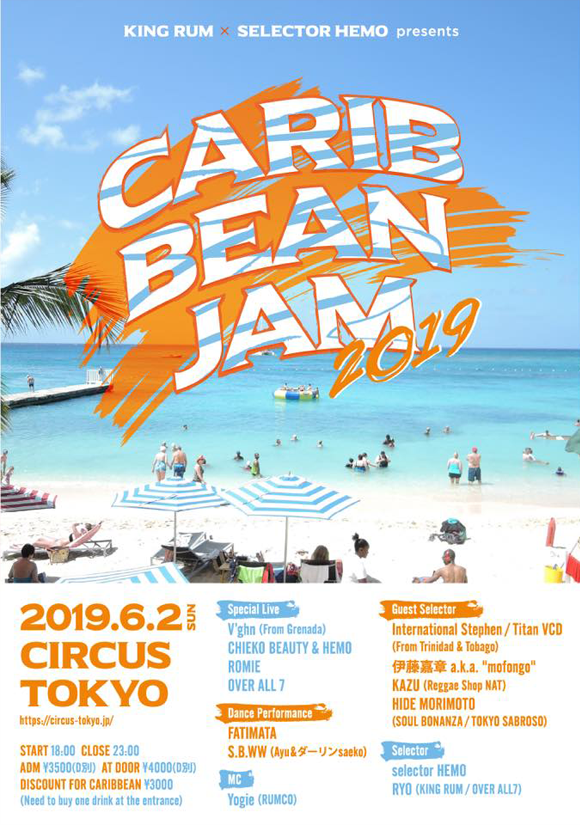 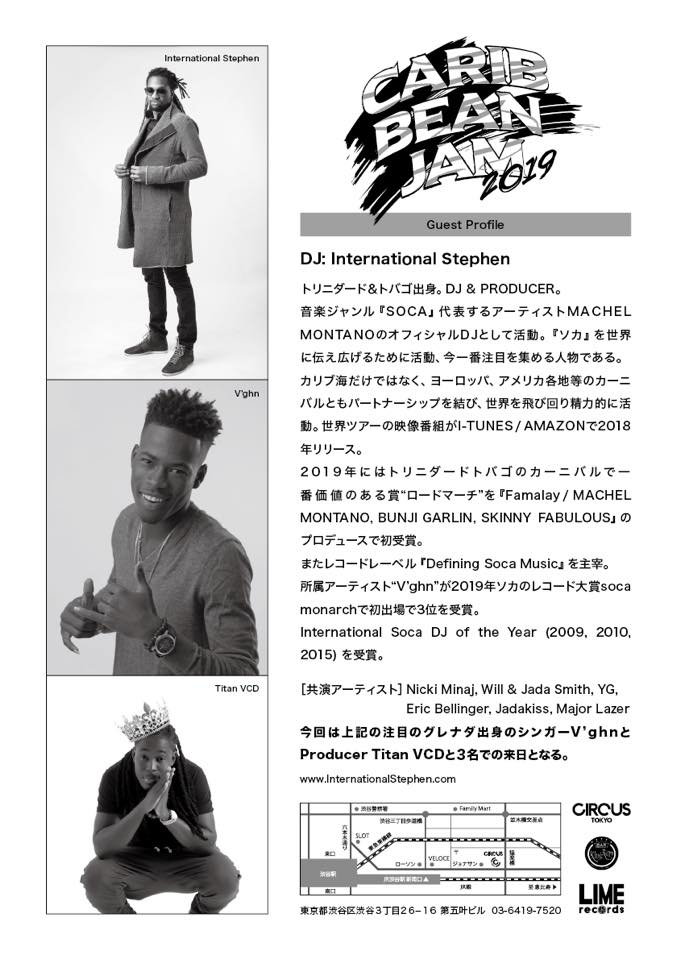 You love Caribbean music!? Then You can't miss this event!!

You can enjoy all kinds of Caribbean music in one night!! And there are live performances and Dance performances!! We have special guests from T&T and Grenada!!!! 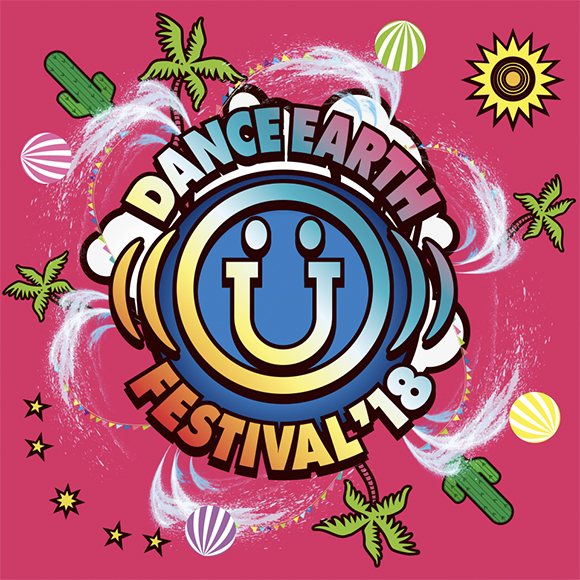 It's officially announced that I appear on stage for the biggest and the hottest Dance Festival in Japan “DANCE EARTH FESTIVAL 2018”!! As I announced before, on Saturday 14th July, top Soca artistes BUNJI GARLIN & FAY-ANN LYONS will be performing on the stage with me, selector HEMO as their backing DJ. Plus, on Monday 16 July, selector HEMO along with BARBIE JAPAN will entertain the crowds with on stage Soca workshop.
Please bring your rag(Bandanna) and let’s liven up the festival with “Jumping”, “Wining” and “Waving”. 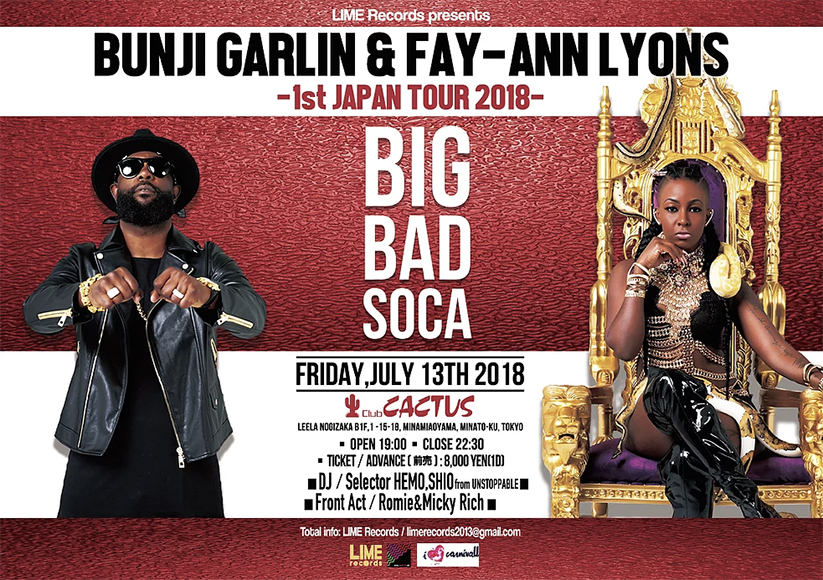 Top『SOCA』artistes from Trinidad and Tobago
＜BUNJI GARLIN & FAY-ANN LYONS＞
the "SOCA ROYAL COUPLE" is finally coming to Japan!!! It's their first visit to Japan!
I, SELECTOR HEMO will entertain the crowds with them as their official DJ during the tour!

●Sunday, 15th July『THE SECRET CAMP』@Campus Field Nakadaki
The first ever, "AZAFIT" in JAPAN!!!!!
As the one of contents of THE SECRET CAMP,
Caribbean Outdoor Fitness Party “AZAFIT” will take place by FAY-ANN LYONS. ※It's not her live act
https://secretcamp.localinfo.jp/

5day cruise from October 9 to 13, 2017.
I will rock Soca On the Seas again this year as a DJ! Join SOCA CRUISE with me!! Cruise to the Bahamas and Key West You can safely enjoy SOCA as much as you want... more than you want!!
Not Only J'ouvert, Fetes with the world's biggest Soca celebrities & DJs but also cultural experience!!!

In October 2016, selector HEMO visited Ghana and Belize as the head of the Yosakoi dance team JAPAN YOSAKOI REN. She and the team enjoyed international cultural exchange through Yosakoi across national borders and language barriers. During their three-week tour, they performed at JAPAN DAY four times, visited eight local schools, and met five thousand people in total!

selector HEMO and the JAPAN YOSAKOI REN will be back to the 16th Ghana Yosakoi Festival in 2017. The information will be updated. Please see the website below!

ALWAYS RUM / MICKY RICH (iTunes / CD / music video) MICKY RICH’s brand new happy song about rum will take you to the Caribbean Sea! We want as many people as possible to listen to this song. You can watch the music video now! 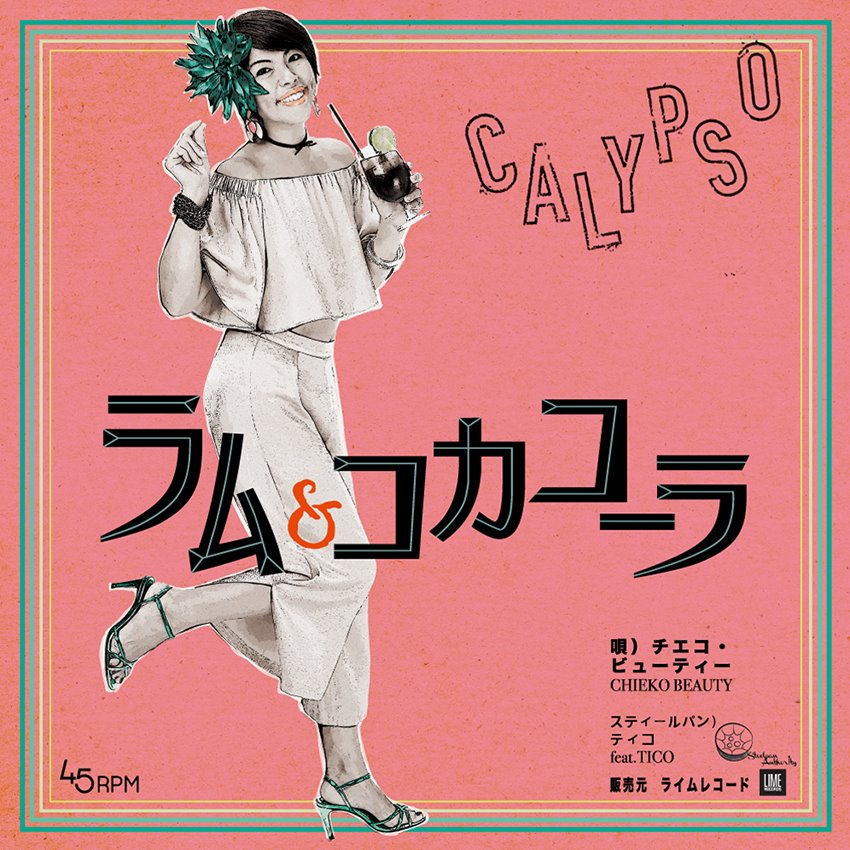 HEMO started her career as a DJ, selector and producer in the 1990s and has been introducing the hottest Caribbean music into Japan. Since 2000, her main focus has been Soca, music played in the Trinidad and Tobago Carnival, which is known as one of the world’s three major carnivals. In 2013, she started her own record label named LIME Records. The label has released albums, including selector HEMO presents / ISLAND POP!!!, and music videos.

In the 1990s, HEMO started to work as a DJ, selector and producer after making her first visit to Jamaica. What made her name well known on the Japanese club scene was the “Escape” riddim (HEMO＋MOOFIRE). HEMO’s produced hits for a lot of Jamaican dancehall artists such as Elephant Man, Sizzla, Wayne Wonder and Vybez Kartel, and performed with Sean Paul, Beenie Man, Fire Links and others in Jamaica. HEMO’s also appeared regularly on Japanese radio programs of J-WAVE and SHIBUYA FM.

Since 2000, HEMO’s been working hard to popularize Soca, Trinidad and Tobago’s carnival music, and produced Soca hits compilations which were released by Warner Music Japan, Pony Canyon and Victor Entertainment. As a DJ, she opened for Kevin Lyttle, known for a worldwide Soca hit “Turn Me On,” and was invited by Machel Montano, the King of Soca, to perform at “Machel Montano’s Alternative Concept.” Appearing as HEMO＋MOOFIRE・DANCEHALLQUEEN JUNKO, HEMO became the first Japanese to perform at the event two years in a row. She also plays at the Trinidad and Tobago Carnival every year.

While digging deep into Caribbean music, HEMO got interested in Africa, the land of the “roots” of music, and its dance music. In 2014, she released an album which combined the latest West African Afrobeats and Caribbean Soca. After making her first trip to Africa and learning about the local club and street culture in 2015, she’s been putting effort into popularizing Afrobeats. 。

Born in Kochi Prefecture, HEMO found a similarity between the Kochi Yosakoi Festival and the Trinidad and Tobago Carnival. Since 2008, she’s been heading up a Yosakoi team “CANAVAL” based in Tokyo and Kochi, trying to mix the Festival and the Carnival through music and fashion. In 2015, she formed another team “JAPAN YOSAKOI REN” with FATIMATA and took part in the Ghana Yosakoi Festival, which was started in 2001 with the aim of promoting international exchange through Yosakoi. HEMO will spread Yosakoi all over the world.

HEMO is a rum lover and formed RUM＋CARIBBEAN MUSIC duo “RUMCO.” The duo regularly organizes events in Tokyo and other cities, spreading the greatness of rum. HEMO, who got the Japanese Rum Association’s Rum Concierge qualification in 2014, is a regular guest DJ for “RUM CONNECTION”, the biggest rum event in Asia. Visiting various rum distilleries in Caribbean countries, she will continue to dig deep into rum. 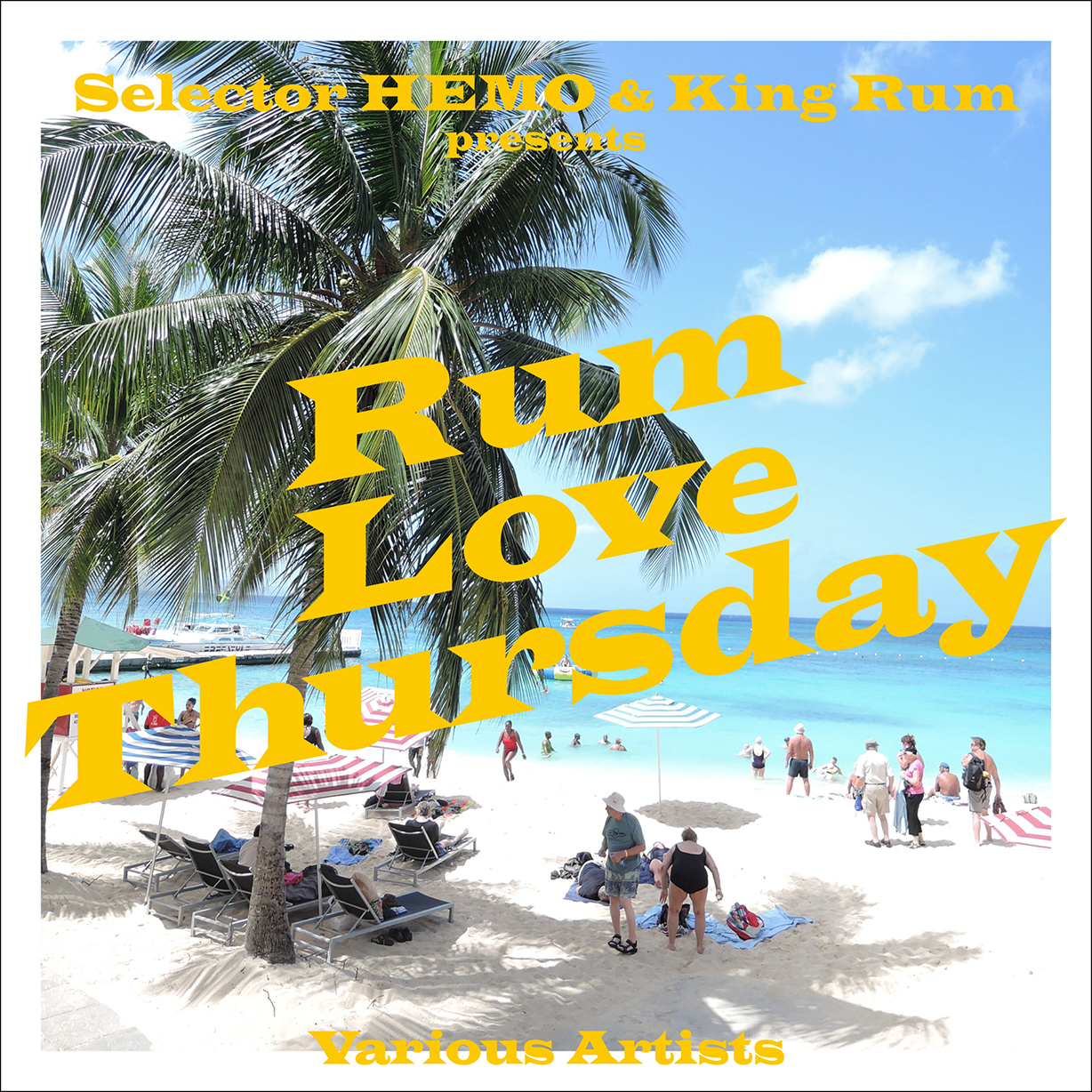 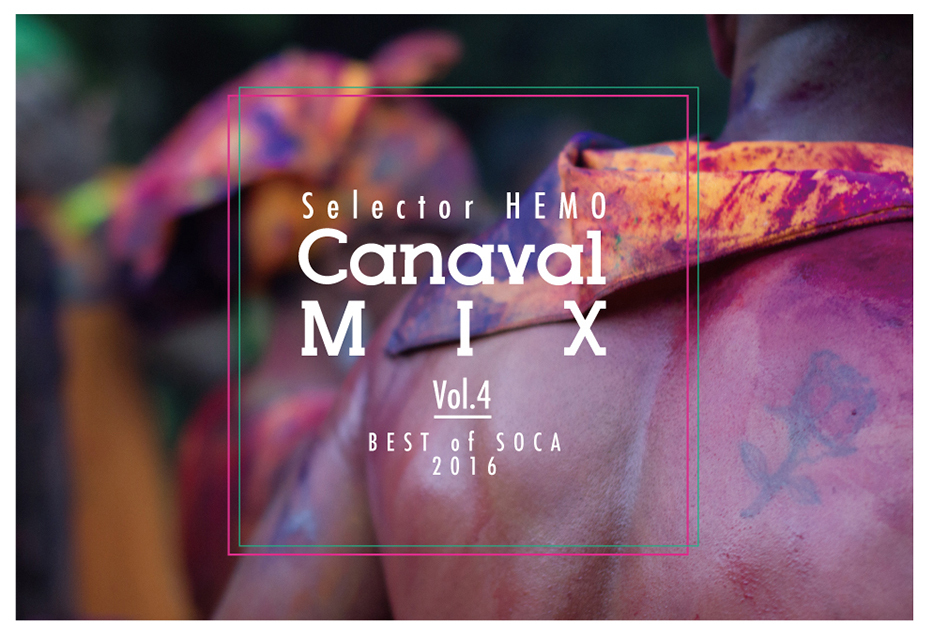 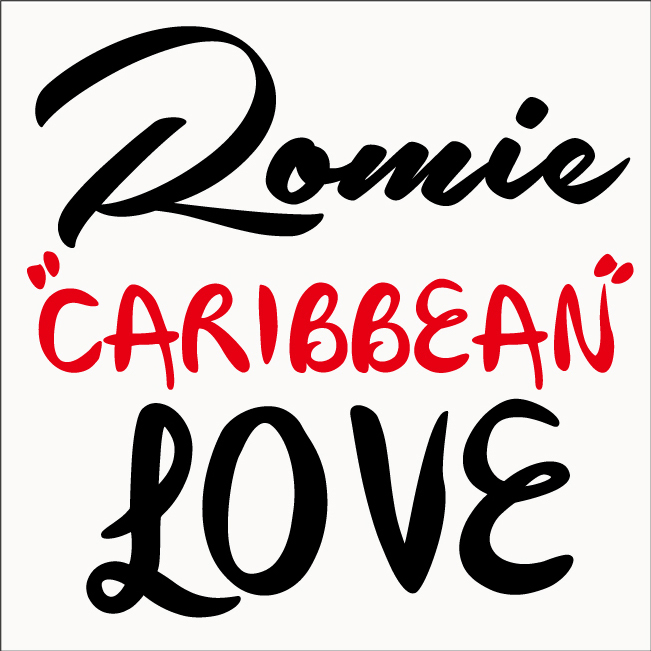 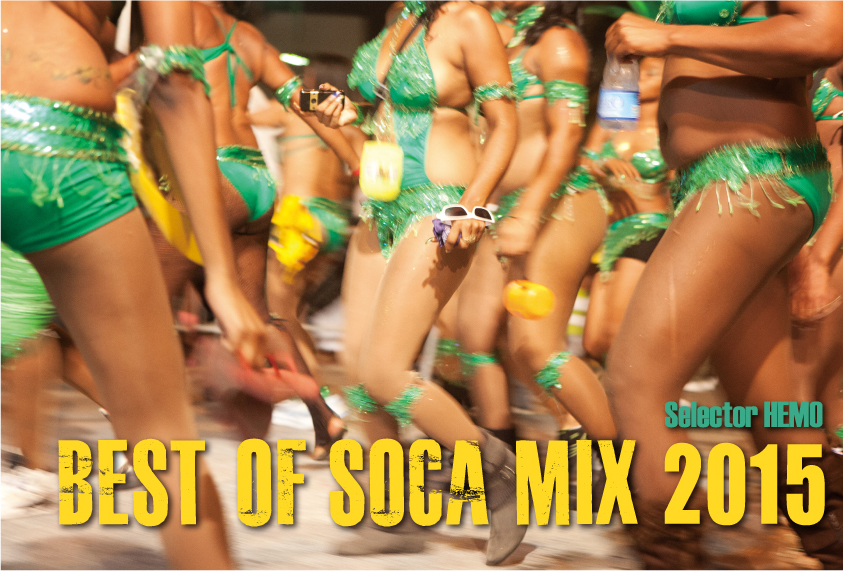 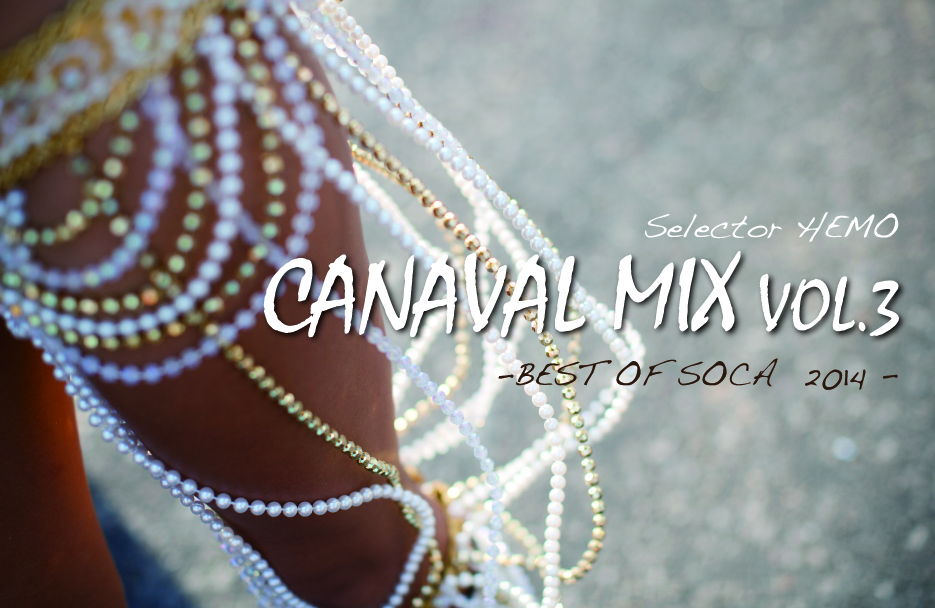 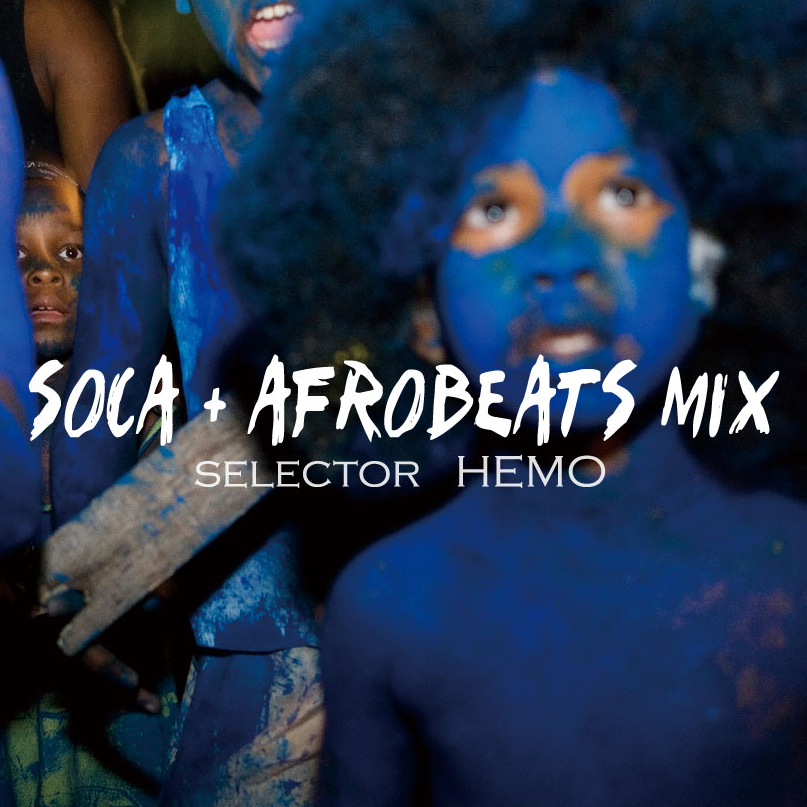 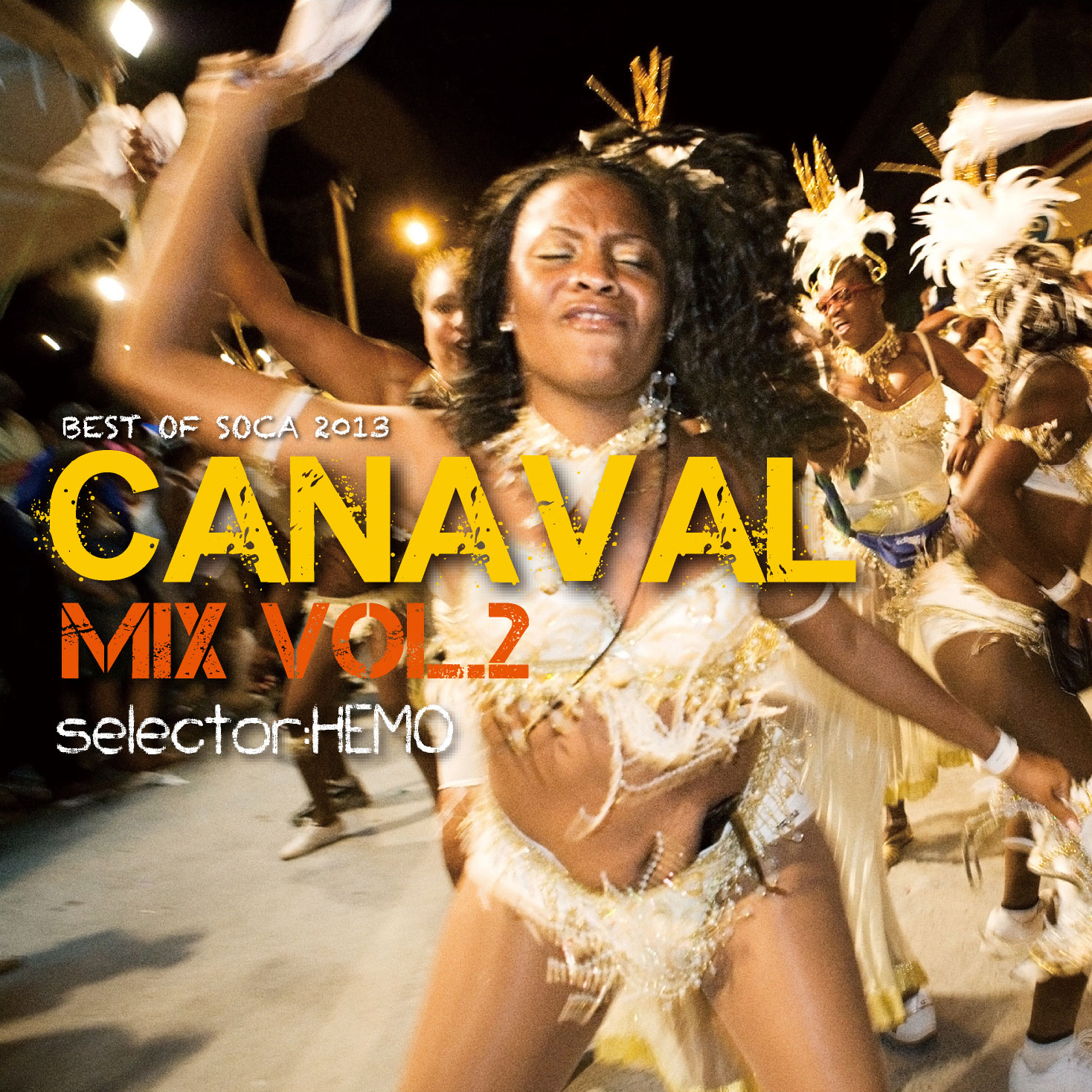 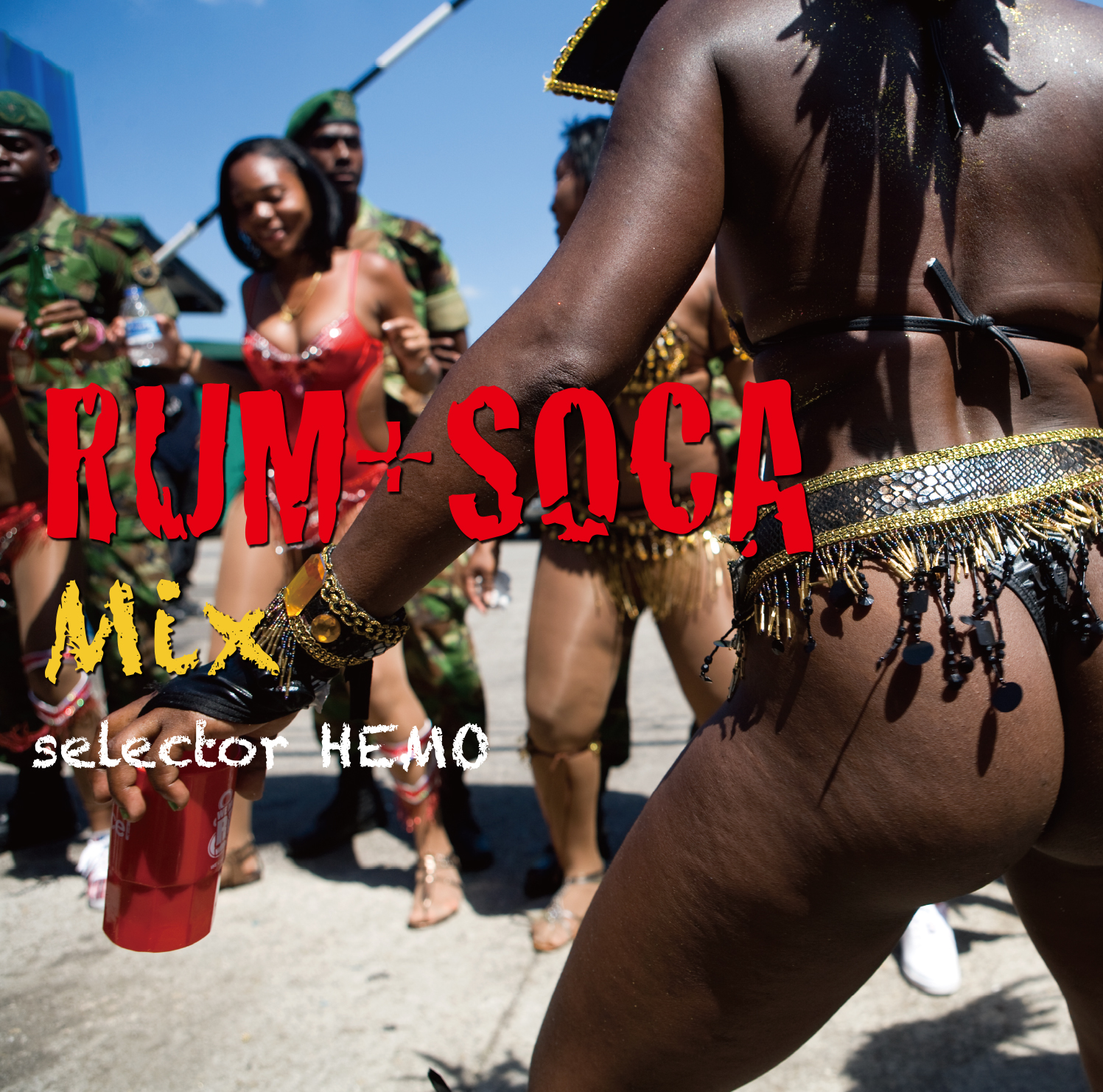 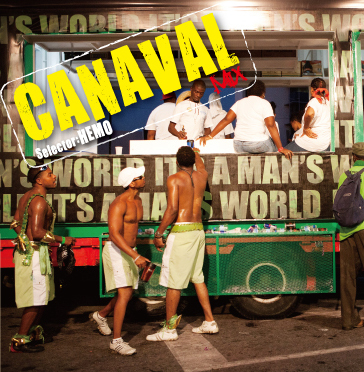 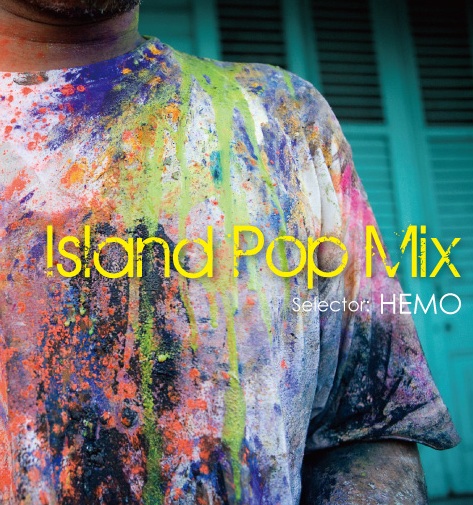 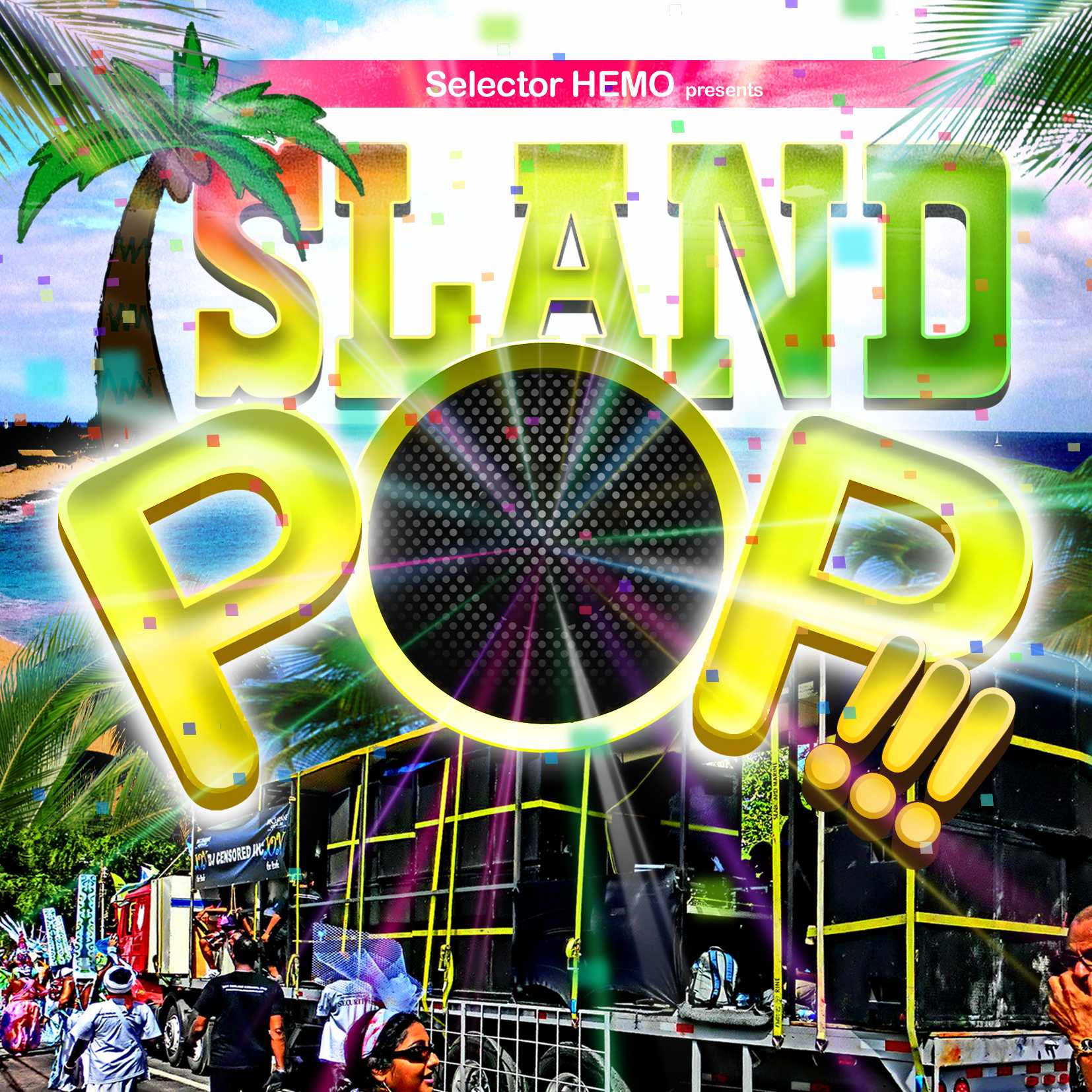 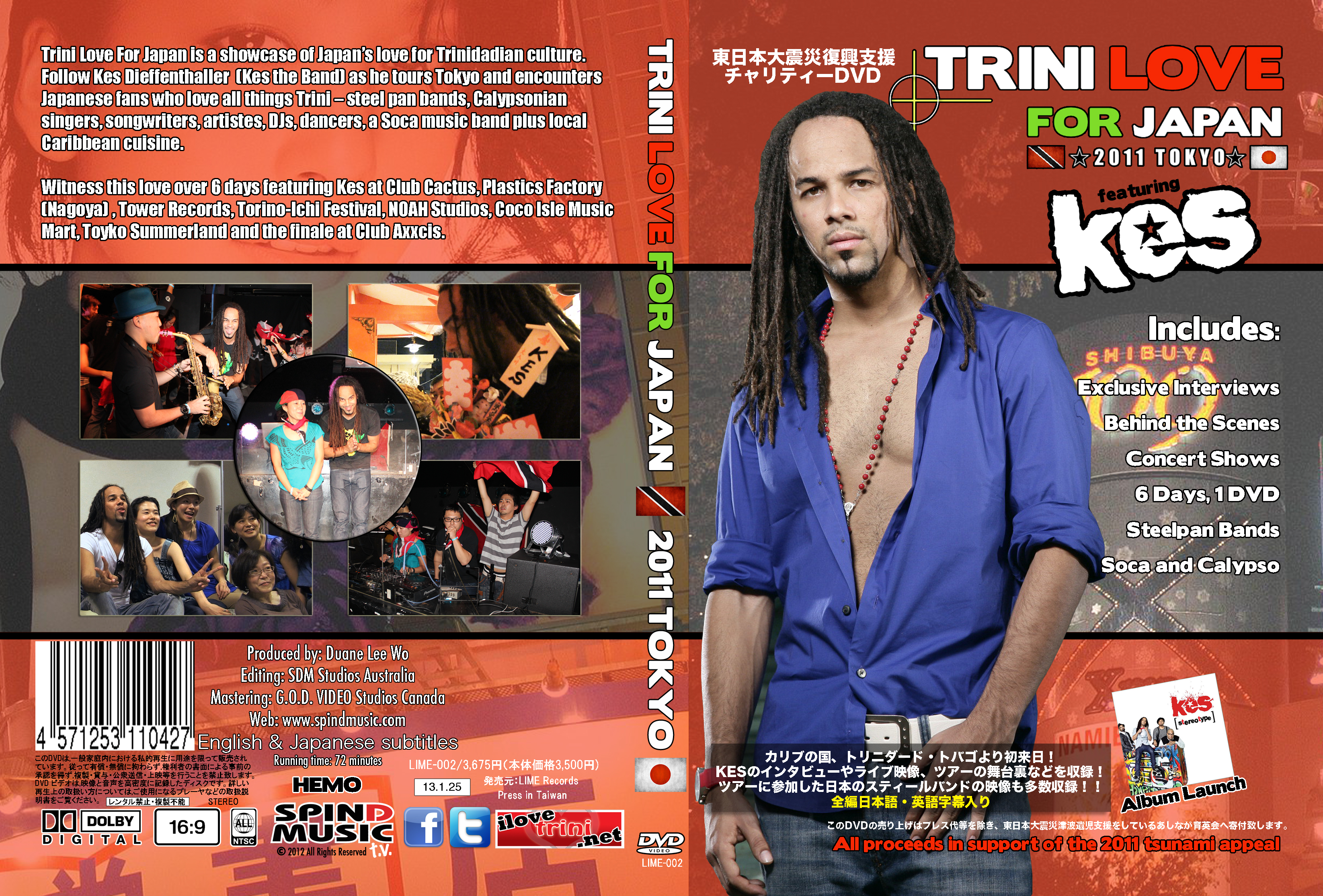 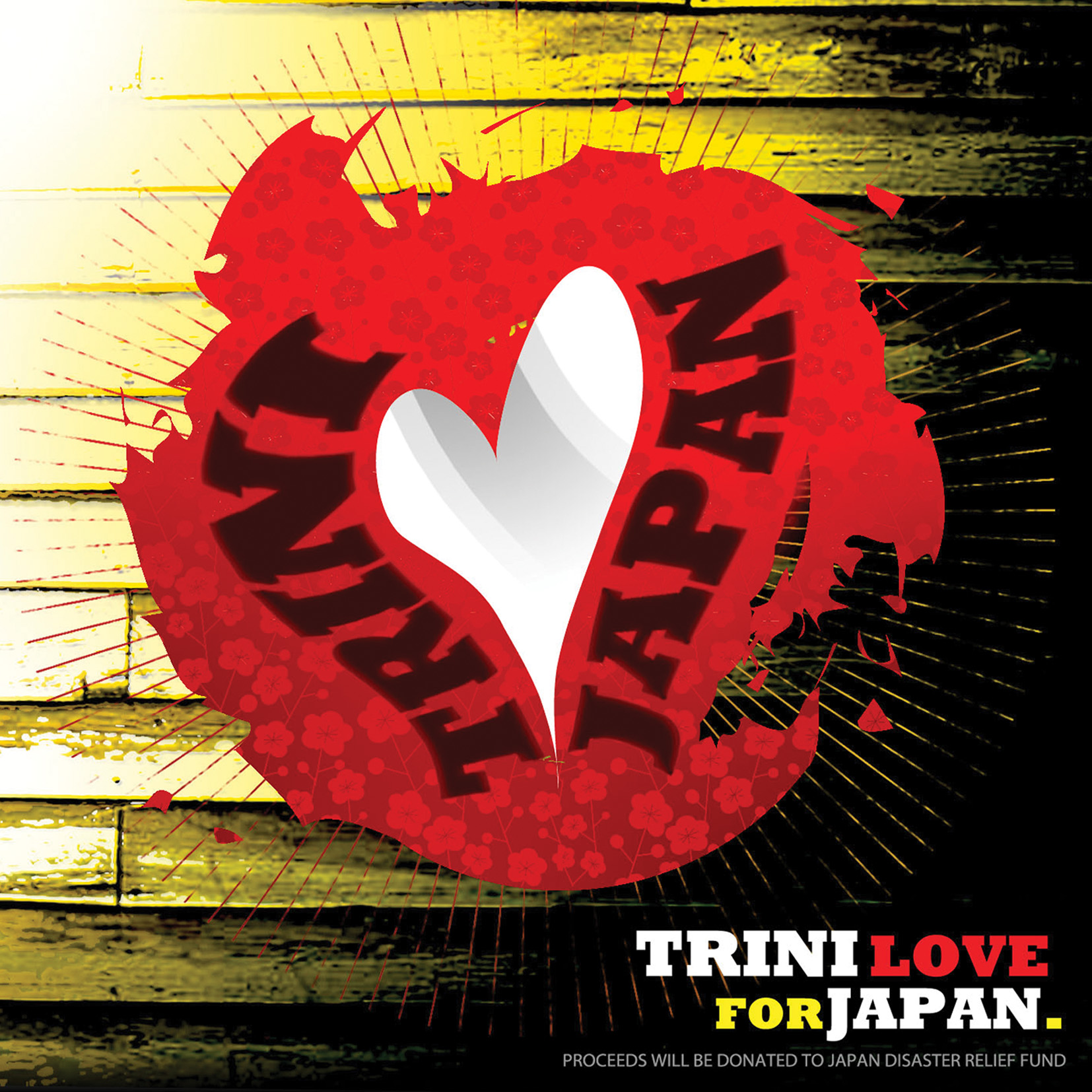 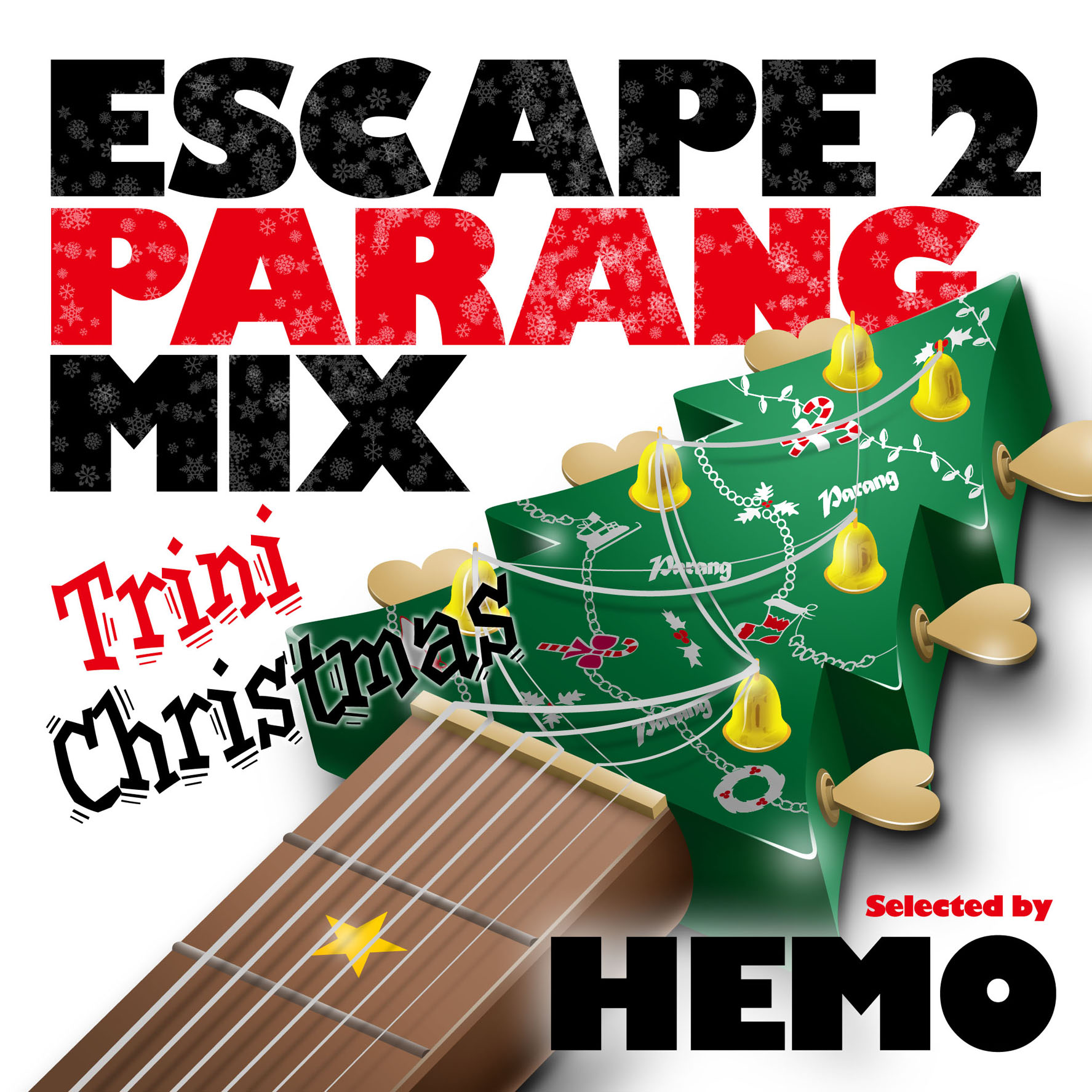 Sign up for my email magazine from the form below! You can have my latest event schedule, Japanese Carnival Info and pre-order Info for my members!!